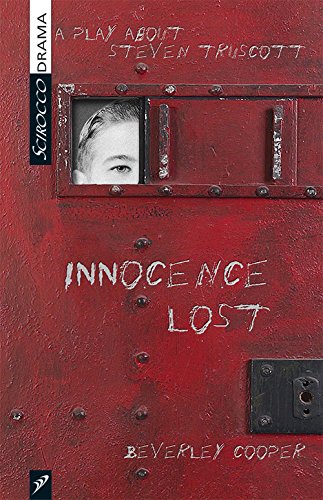 In June of 1959, 12-year old Lynne Harper was found raped and strangled in a farm woodlot near Clinton, Ontario. A few months later her classmate, 14-year old Steven Truscott, was convicted of the murder. He was sentenced to death by hanging.

Truscott always maintained his innocence. As the youngest person ever sentenced to death in Canada, his case was a major impetus for the abolishment of capital punishment in this country, and his sentence was commuted to life imprisonment in 1960. In 2007, after a review of more than 250 pieces of new evidence, the Ontario Court of Appeal ruled that TruscottÕs conviction had been a miscarriage of justice, and he was acquitted.

In this incisive and emotionally-taut dramatization of the case, Beverley Cooper recreates the world of Steven Truscott and his friends. Sarah, a young farm girl, is our guide to life bounded by small town hangouts, organized sports, the local air force base, school. And then suddenly that world twists into a nightmare of grief, fear, police questioning, rumour and innuendo. With finely-calibrated tension, Cooper leads the audience through the case afresh and sheds light on the human cost of what is now considered to be CanadaÕs most notorious wrongful conviction.

Beverley Cooper has written for theatre, TV and film. She has also written extensively for CBC radio drama. She worked as story editor and producer of the award-winning series Afghanada. BeverleyŐs writing for theatre includes Thin Ice (co-written with Banuta Rubess) Clue in the Fast Lane (co-written with Ann-Marie MacDonald), and The Woman in White (adapted from Wilkie CollinsŐs novel). BevŐs work has won several awards. Her play Innocence Lost: A Play About Stephen Truscott (Scirocco, 2009), was nominated for the Governor GeneralŐs Literary Award for Drama.

ÒÉstrikes to the core of anyone with a heart..the story refuses to go away. Nor should we let it.ÓÑLondon Free Press