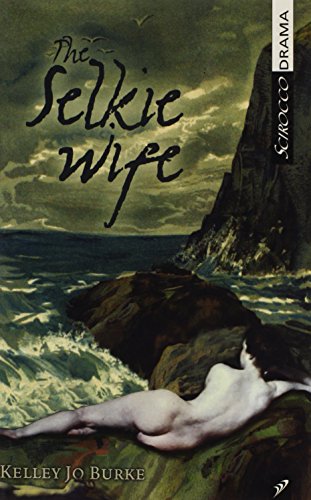 An ancient Celtic myth explodes in the centre of a modern Canadian family in this strikingly original drama by Kelley Jo Burke.

When Mary gets a surprise visit from her old friend Gen, we learn that Mary has a secret that could threaten her life with husband Cal and teenage daughter Brigit.

No ordinary secret, this. As it turns out, Mary is a ÒselkieÓÑa seal who sheds her skin to mate with a human male, then returns to the water with her offspring. But Mary, happy with Cal, decided to stay on land. And now, twenty years later, Gen has come to take her back into the water.

Accompanying Gen is Dylan, her vital young seal lover (in human form), whose animal attraction to Brigit is immediately evident. In a very short time, the ordinary world Mary has built is turned upside-down.

The situation is ripe for laughter, and there are moments of uproarious comedy throughout the play. But BurkeÕs themes are serious, and the questions her characters face go to very the essence of their lives; The Selkie Wife is a dramatic meditation about love and sex, about freedom and oppression, about making concessions and making choices.

Kelley Jo Burke is a New England-born, Winnipeg-raised, Saskatchewan-based award-winning playwright and poet. Her writing has been produced and published in Canada, including JaneŐs Thumb, published by Signature Editions, Charming and Rose: True Love, which has been staged over thirty times in Canada, the US and Europe, and her most recent radio play Big Ocean, which was heard on public radio in seven countries. Her documentaries for CBC RadioŐs ŇIdeasÓ include ŇChorus of AngelsÓ, ŇMothers of MiscarriageÓ and ŇThe Word for World Is Imagination: The Worlds of Ursula K. LeGuinÓ. Kelley Jo directs and produces for stage and radio, and is the host of ŇSoundXchangeÓ, CBC SaskatchewanŐs radio performance hour. While sheŐs yet to win any awards for it, she is also a wife and a mother of three.

ÒThe play works on many levelsÉBurke has crafted a beautifully-written story of love, longing, and identity.ÓÑSaskatoon Star Phoenix