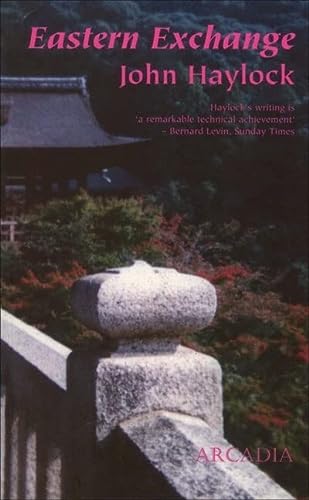 Haylock is a gay man, a World War II veteran, a traveler and writer who has taught in Iraq, lived in Cyprus and extensively explored South East Asia. As Haylock moved from Bagdhad to Tokyo, Thailand to Morocco, he encountered memorable characters like Agatha Christie, Duncan Grant and Robin Maugham, and witnessed the stormy prelude to the upheavals in Iraq.

John Haylock is the author of Body of Contention and Doubtful Partners.

In the late 1940s, British novelist Haylock (See You Again) exiled himself from England because of the antihomosexual laws. He moved from one locale to another, including, Japan, Ceylon (Sri Lanka), Hong Kong, China, Cairo and Tangier, where he supplemented his income by writing travel pieces and teaching English. One senses that his adventures must have been colorful and interesting, but Haylock's descriptions are presented in labored prose, with attempts at humor that fall flat. He details, in an understated tone, a long series of brief sexual liaisons that engaged him throughout his travels, and he expresses his empathy for the difficulties gay men encounter, for example, in Japan, in trying to conform to a heterosexual lifestyle. Haylock does little more than note the political upheavals that took place in many of the areas he visited, and he appears to regret the end of the privileged expatriate lifestyle that flourished during the 1950s and '60s, even though, as he notes, he continues to travel.

Shipping: US$ 14.69
From United Kingdom to U.S.A.
Destination, rates & speeds