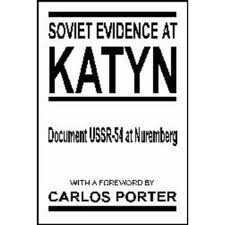 The Katyn massacre, also known as the Katyn Forest massacre (Polish: zbrodnia katyńska, mord katyński, 'Katyń crime'; Russian: Катынский расстрел Katynskij ra'sstrel 'Katyn shooting'), was a mass execution of Polish nationals carried out by the People's Commissariat for Internal Affairs (NKVD), the Soviet secret police, in April and May 1940. The massacre was prompted by Lavrentiy Beria's proposal to execute all members of the Polish Officer Corps, dated 5 March 1940. This official document was approved and signed by the Soviet Politburo, including its leader, Joseph Stalin. The number of victims is estimated at about 22,000, with 21,768 being a lower bound.[1] The victims were murdered in the Katyn Forest in Russia, the Kalinin and Kharkiv prisons and elsewhere. Of the total killed, about 8,000 were officers taken prisoner during the 1939 Soviet invasion of Poland, another 6,000 were police officers, with the rest being Polish intelligentsia arrested for allegedly being "intelligence agents, gendarmes, landowners, saboteurs, factory owners, lawyers, officials and priests."[1]