Items related to The Scandinavian 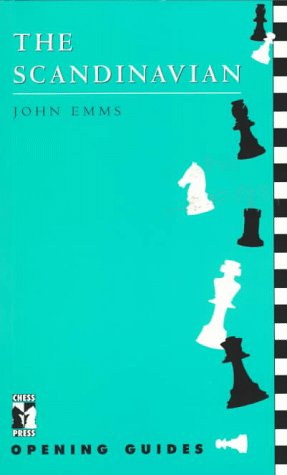 From a theoretical backwater to a fully blown main line opening, the rise of the Scandinavian Defence (1 e4 d5) has been nothing short of meteoric. Over the past 15 years the Scandinavian has become more and more popular both at club and Grandmaster level. It even managed to obtain an ultimate seal of approval when Vishy Anand employed it in his World Championship match with Garry Kasparov! This book provides a complete update of Emms's original and best-selling edition of The Scandinavian, published in 1997. Since then there have been many new and important discoveries from both sides of the board, and these are included here.

In recent years, the Scandinavian Defense (1 c4 d5) has become increasingly popular both at club and grandmaster level. Indeed, it was even used by Viswanathan Anand in his World Championship match against Garry Kasparov! In this book for club and tournament players, Grandmaster John Emms explains the strategy and tactics of this dynamic and fashionable opening. Through the use of model games for both sides, the author provides a thorough grounding in the key ideas so players can quickly and confidently start to use the Scandinavian in their own games.