Items related to Beware of Pity 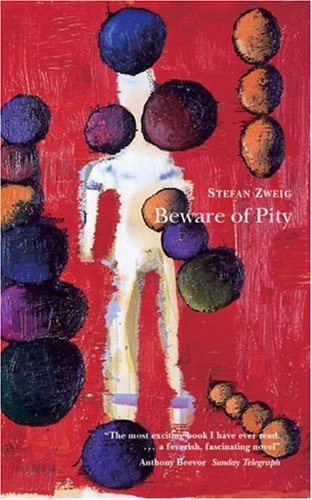 In 1913, a young second lieutenant discovers the terrible dangers of pity. He had no idea the girl was lame when he asked her to dance-his compensatory afternoon calls relieve his guilt but give her a dangerous glimmer of hope. Stefan Zweig's only novel is a devastatingly unindulgent portrayal of the torment of the betrayal of both honor and love, realized against the background of the disintegration of the Austro-Hungarian empire.

Stefan Zweig was born in 1881 into a wealthy Viennese Jewish family. He studied at the Universities of Berlin and Vienna and was first known as a poet and translator, then as a biographer. Zweig traveled widely, living in Salzburg, London and New York before settling in Brazil where he and his wife were found dead in 1942.

Stefan Zweig, novelist, biographer, poet and translator, was born in 1881 in Vienna. With the rise of Nazism, he moved from Salzburg to London, New York and Brazil where he died in 1942.