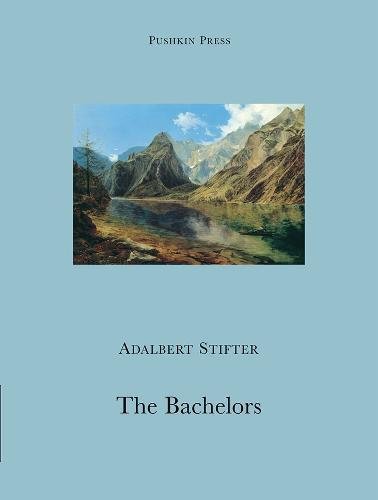 Victor leaves the home of his foster mother to take his first job in another town but stops on a remote island to visit his uncle who he has never met. Surrounded by an atmosphere of death and decay Victor and his uncle symbolise opposite attitudes to life and their existential effects: stillness and movement, light and dark, openness and withdrawal. Ultimately, Victor, in balancing the differences between himself and the old man who has never known love, chooses his own path with hope.

Adalbert Stifter was born in Bohemia in 1805. Following his studies at the University of Vienna, he was highly regarded as a tutor among aristocratic families. The success of his first story "The Condor" in 1840 inaugurated a steady writing career. He was especially notable for the vivid natural landscapes depicted in his writing, and has long been popular in the German-speaking world, while almost entirely unknown to English readers. He died in 1868 of self-inflicted wounds.

"Stifter, whose texts, on this evidence, possessed the same discursive and cumulative power as the writings of the late WG Sebald." - The Observer