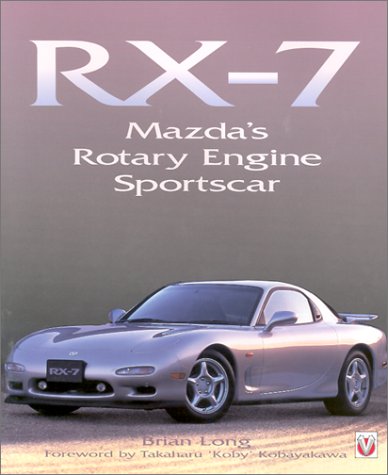 Initially beguiled by Dr. Felix Wankel's radical new power unit design with its promise of simplicity, lightness and turbine-like smoothness, most care makers that experimented with the engine eventually abandoned it in the face of daunting piston seal reliability, and other problems... but not Mazda.

The company's determination to realize the potential of the Rotary Engine (RE) saw the launch of the Cosmo Sport (110S) in 1967, followed by the $100, RX-2, RX-3, RX-4 and, in 1978, the RX-7. In fact, Mazda's mastery of the RE resulted in a win for the Mazda 787B at Le Mans in 1991, the first Japanese car to take an outright victory and the first to be powered by anything other than a conventional piston engine.

Driver appeal of the RX-7 and its wonderful engine was such that more than 800,000 units were wold, and it stayed in production through three generations until 1999, when it made way for the RX-8.

Here, with much help from the people involved, is the chronicle of Mazda's revolution RX-7 sportscar, including the extraordinary stories behind its development and international success.