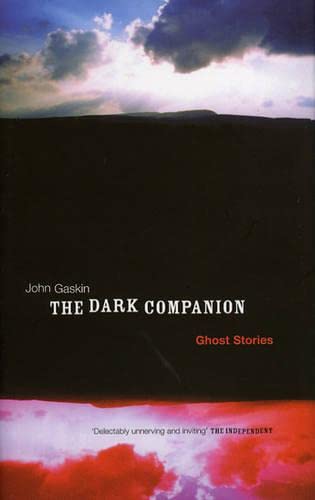 These tales of twilight and borderlands depart from an oral tradition developed through the writings of Beckford, Mary Shelley, Le Fanu, and M.R. James. They are concerned with the life of the mind and imagination, fear and the supernatural, and they attest to the demands of the unconscious in the twenty-first century. The eleven stories incarnate shadow worlds where the past and present interpenetrate, where common life is touched by deeper, less pleasant purposes. They are set variously in Ireland, Scotland and England, and are permeated by a powerful sense of place: the empty moor, the garden at the edge of the wild, the abandoned railway, the enclosed privacy of an ancient college. Absorbing, haunting narratives, they are related with the skill and precision of a master storyteller. John Gaskin is a Fellow of Trinity College, Dublin. ""John Gaskin's stories are genuinely unsettling, and the reader leaves the collection with a pervasive sense of something other, of forces existing on the periphery of our reality.""-Times Literary Supplement

JOHN GASKIN is an Oxford undergraduate and Fellow of Trinity College, Dublin, where he was sometime Junior Dean and Professor of Philosophy. Antiquary, family man, gardener, hill-walker and versifier, his writings on religion, the Epicureans, and the great sceptic David Hume, are internationally known. He lives in England.

"John Gaskin's stories are genuinely unsettling, and the reader leaves the collection with a pervasive sense of something other, of forces existing on the periphery of our reality."

Buy Used
Condition: Near Fine
Some light wear to edges and corners... Learn more about this copy

Shipping: US$ 7.75
From United Kingdom to U.S.A.
Destination, rates & speeds

Book Description Lilliput Press, Limited, The. Hardcover. Condition: Very Good. A copy that has been read, but remains in excellent condition. Pages are intact and are not marred by notes or highlighting, but may contain a neat previous owner name. The spine remains undamaged. At ThriftBooks, our motto is: Read More, Spend Less. Seller Inventory # G1901866793I4N00

Book Description Lilliput Pr Ltd, 2004. Condition: Good. A+ Customer service! Satisfaction Guaranteed! Book is in Used-Good condition. Pages and cover are clean and intact. Used items may not include supplementary materials such as CDs or access codes. May show signs of minor shelf wear and contain limited notes and highlighting. Seller Inventory # 1901866793-2-4

Shipping: US$ 19.67
From United Kingdom to U.S.A.
Destination, rates & speeds

Book Description The Lilliput Press, Dublin,Ireland, 2001. Hardcover. Condition: Fine. Dust Jacket Condition: Fine. 1st Edition. First Edition, First Printing. This is the true first edition, first printing (first impression) with a full numberline to the title page. Therefore indicating a true first print in a fine first state priced Dust Jacket without the review to the front panel as called for. Printed in Ireland by Lilliput Press. There was a reprint with revisions printed in 2003 which also contains a full numberline and appears almost identical this is not the revised edition this is the true first. Seller Inventory # 007022