Items related to A History of Clan Campbell: From Flodden to the Restoration...

Alastair Campbell Of Airds A History of Clan Campbell: From Flodden to the Restoration (Volume 2)

A History of Clan Campbell: From Flodden to the Restoration (Volume 2) 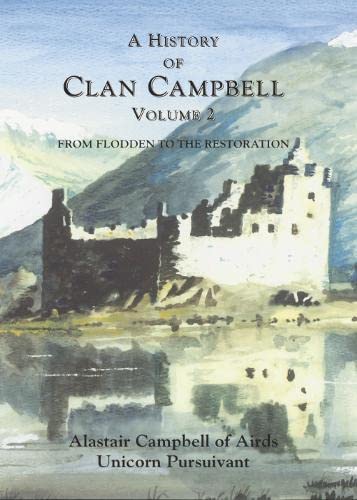 Volume 1 of this history ended with the chief and his followers dead on Flodden field. Volume 2 describes the Clan's recovery. Within five years Colin, 3rd Earl, was Vice-Regent and Lieutenant of the kingdom. Within five decades the Clan had extended their possessions to the Western Isles, reinforced their Highland dominance, and become the most powerful family in the nation. How they managed to remain so for a century and a half, despite everything history could throw at them, is the subject of Alastair Campbell's fascinating, vivid and well-paced narrative.Religious conflict in Scotland during almost the whole of the period was devastating. The Crown vacillated between Reformed, Episcopal, and Catholic doctrine whether it was based in Edinburgh or, after 1603, in London. With one exception by contrast the Campbell chiefs held firm to the Protestant Reformation. In 1556 Colin, 4th Earl, invited John Knox to preach at Inveraray; 90 years later Archibald, 8th Earl and first Marquess of Argyll, led th

Alastair Campbell of Airds was Chief Executive of the Clan and was in charge of the Argyll Archives for thirteen years. In 1985 he was appointed Her Majesty's Unicorn Pursuivant of Arms, a member of the Court of Lord Lyon. He is a member of the Scottish Records Society and the Chapter for the Order of St John in Scotland, and Chairman of the Advisory Committee on Tartan to the Lord Lyon.

1. A History of Clan Campbell Volume 2 From Flodden to the Restoration