Items related to Iron Man: The Cinema of Shinya Tsukamoto 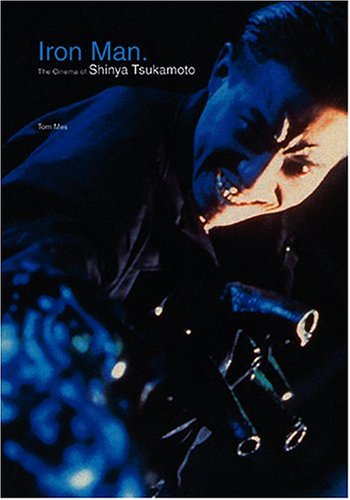 Unleashed with the now legendary black and white cyberpunk masterpiece Tetsuo: The Iron Man, Shinya Tsukamoto is one of Japan's leading filmmakers. With visual assaults like Tetsuo II: The Body Hammer, Tokyo Fist and Bullet Ballet he gained a worldwide following and paved the way for the international breakthrough of Japanese cinema. Despite his fame he remains fiercely independent, financing, writing, shooting, directing and often also starring in his own films. Shinya Tsukamoto is literally uncompromising.
Fully authorised by the director and featuring first hand accounts from many of his close collaborators, Iron Man: The Cinema of Shinya Tsukamoto is a fascinating and in-depth look at the life and work of an intense, groundbreaking filmmaker who counts Quentin Tarantino, Tsui Hark, novelist William Gibson and The Matrix directors The Wachowski Brothers among his most loyal fans. Illustrated with hundreds of stills, behind-the-scenes pictures and rare photographs from Tsukamoto's private collection. Plus a complete filmography with cast and crew credits, and detailed information on DVD availability.

Tom Mes is an internationally-recognized expert on Japanese film, and author of Agitator - The Cinema of Takashi Miike and co-author of The Midnight Eye Guide to New Japanese Film. He is the founder and editor of MidnightEye.com, the world's leading publication on Japanese cinema.