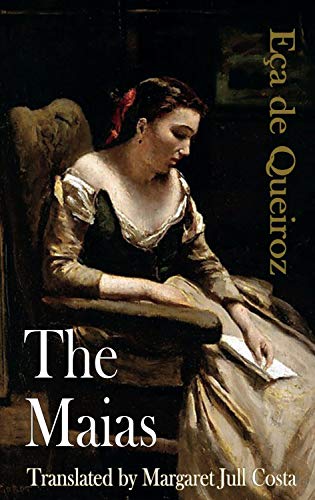 Eca de Queiros was Portugal's greatest nineteenth-century novelist, whose works brilliantly evoke -- and condemn -- the rapidly changing society of his times. The Maias (1888) depicts the declining fortunes of a landowning family over three generations as they are gradually undermined by hypocrisy, complacency, and sexual license. With a vivid, comprehensive portrayal of nineteenth-century Portuguese politics and social history, Eca creates a kind of comedie humaine that, despite the force of its social satire and its damning critique of the Portugal from which he had exiled himself, is a supreme work of humor and irony.

The author was a diplomat who traveled widely, and although he claimed to be an apostle of naturalist realism, he reveals with detached irony the lethargy and decadence of his native land. The book initially attracted attention through its account of an incestuous romance, yet today we can see this as just one element in a novel whose compelling story, depth of thought, and compassion make it one of Europe's great literary masterpieces.

Eca de Quéiros was a 19th-century Portuguese novelist. He was the author of more than 20 books, including To the Capital and The City and the Mountains.

Book Description Dedalus Ltd, 2007. Paperback. Condition: Used; Good. Ex Library Copy **SHIPPED FROM UK** We believe you will be completely satisfied with our quick and reliable service. All orders are dispatched as swiftly as possible! Buy with confidence!. Seller Inventory # 3758803

Book Description Paperback. Condition: Very Good. The book has been read, but is in excellent condition. Pages are intact and not marred by notes or highlighting. The spine remains undamaged. Seller Inventory # GOR002381379

Book Description Dedalus, 2008. Condition: Good. A+ Customer service! Satisfaction Guaranteed! Book is in Used-Good condition. Pages and cover are clean and intact. Used items may not include supplementary materials such as CDs or access codes. May show signs of minor shelf wear and contain limited notes and highlighting. Seller Inventory # 1903517532-2-4