Items related to The Heavenly Man: The Remarkable True Story of Chinese... 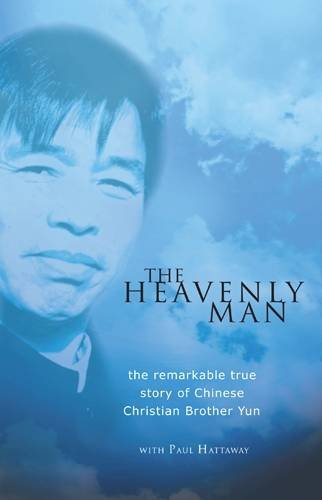 Brother Yun travels widely from his current base in Germany. Paul Hattaway is the international director of Asia Harvest, an organization committed to serving the church throughout Asia. He is an expert on the Chinese church and author of the bestselling titles The Heavenly Man, which has sold more than 500,000 in English alone, and Back to Jerusalem.

The world can do nothing to a Christian who has no fear of man, Brother Yun says as he tells the world about his trials as a leader in the Chinese house church movement. Brother Yun's testimony is read in a modest yet firm voice by Cristofer Jean. While soft-spoken, Jean conveys all the passion and pain in Yun's life as he hid from Chinese authorities or languished in prison, at times facing torture. Jeany Park reads his wife's accounts with similar grace, and Grover Gardner delivers the introduction with authority. Yun's determination to find God's message through his suffering brings a rare force to his message. J.A.S. © AudioFile 2009, Portland, Maine

Book Description Piquant Editions, 2003. Soft cover. Condition: New. 1st Edition. 12.7 x 2.5 x 19.7 cm-" A dramatic autobiography of one of China's dedicated, courageous, and intensely persecuted house church leaders.Some years ago I read a collection of Brother Yun's sermons and found them very powerful. This is his autobiography, the story of a powerful Christian leader and the persecution he weathered under China's anti-Christian regime. The core of the book is the story of his amazing escape from Zhengzhou Maximum Security prison (Henan Province). Well worth reading."-Brad. Seller Inventory # 012786