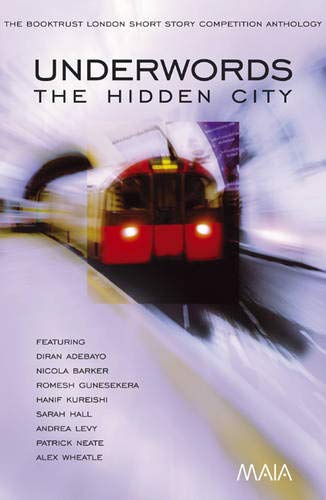 This is the sixth anthology of new writing to result from the biennial London New Writing Competition, on the theme of Hidden London. This collection will feature the six winning new stories submitted by previously unpublished Londoners, together with new work by prominent London authors including Diran Adebayo, Nicola Barker, Romesh Gunesekera, Hanif Kureishi, Sarah Hall and Andrea Levy.

Andrea Levy was born in England to Jamaican parents who came to Britain in 1948. She has lived all her life in London. After attending writing workshops when she was in her mid-thirties, Levy began to write the novels that she, as a young woman, had always wanted to read - entertaining novels that reflect the experiences of black Britons, which look closely and perceptively at Britain and its changing population and at the intimacies that bind British history with that of the Caribbean. She has written four previous novels, Every Light in the House Burnin', Never Far From Nowhere, Fruit of the Lemon and Small Island. She has been a judge for the Orange Prize for Fiction, Orange Futures and the Saga Prize, and has been a recipient of an Arts Council Award. Her second novel, Never Far From Nowhere, was long listed for the Orange Prize, and her most recent novel, Small Island, won the Orange Prize for Fiction, the Orange Prize for Fiction: Best of the Best, the Whitbread Novel Award, the Whitbread Book of the Year Award and the Commonwealth Writers' Prize. It has now been adapted into a major BBC TV drama.

'Affirms the role of London as an enduring muse for the writers who live in it' Claire Allfree, Metro London 'A feast of spicy dialogue and compelling narrative ... a must-buy' Francis Clarke, Mslexia 'Outstanding' Time Out