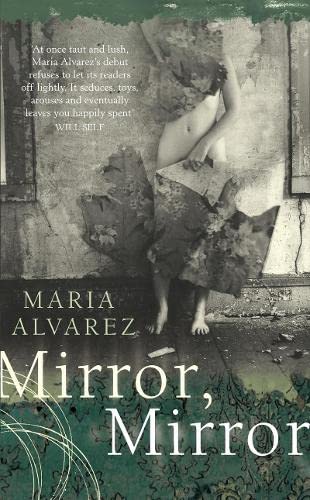 Plagued by a strange malady, Belle is an affluent, pill-addicted desperate housewife going through the motions of doing up her huge new London house. Her workaholic husband is away for months at a time. Dangerously idle since leaving her job in an art gallery, she invites the alluring Tina, a young local waitress whom she barely knows, to become her lodger. But Tina's menacing boyfriend Carl is never far behind... Haunted by fragments of troubling history and at a loss with her current existence, Belle becomes darkly enmeshed with the younger woman. Before long the two women are living off each other's reflections. The lines between Tina and Belle, fantasy and reality, truth and deception, watcher and watched, dissolve and a chilling, erotic game of blurring psyches ensues.

Maria Alvarez is a writer and journalist whose work has appeared in The Telegraph, The Guardian, Vogue and the TLS among other publications. Recently, she contributed to The Decadent Handbook, published by Dedalus Press. She has one degree in Modern History, Politics & Philosophy and another in English Literature. In the past, she has worked in a flower shop, managed restaurants and trained in psychoanalysis. This is her first novel.

Shipping: US$ 6.83
From United Kingdom to U.S.A.
Destination, rates & speeds