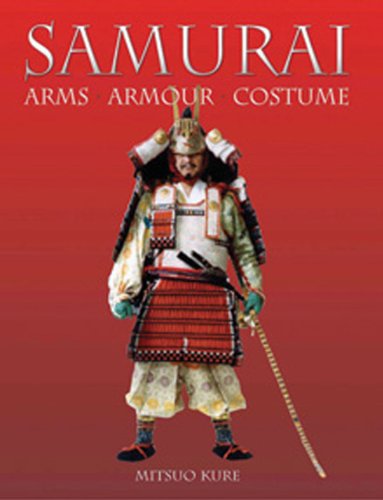 For 700 years Japanese civilization was dominated by a single warrior caste. This project looks at arms, armor and custome of Samurai men and women over the centuries with specifically commissioned photography of reenactors wearing museum-quality clothing.

Mitsuo Kure graduated from medical school in 1972 and became a surgeon based in Tokyo. His lifelong interest in samurai began at an early age, when he began constructing historically accurate models of samurai figures. Later, with the assistance on Togo Ryu, a well-known Japanese historical novelist, he began to reconstruct full-size samurai armor and started what is now one of the premier re-enactment groups in Japan. His group is currently one of the leading organizers of samurai battle re-enactments in Japan.

Book Description Hardback. Condition: Very Good. The book has been read, but is in excellent condition. Pages are intact and not marred by notes or highlighting. The spine remains undamaged. Seller Inventory # GOR006551358