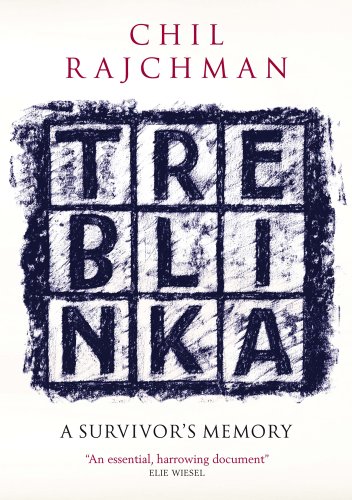 Chil Rajchman was born in Lodz in Poland, and was an active member of his Jewish community. After the Treblinka trials he emigrated to Uruguay, where he died in 2004. Solon Beinfeld taught Modern European and Jewish History at Washington University in St. Louis and he has written and consulted extensively on the Holocaust. He is currently editing a new Yiddish-English dictionary.

'In its poignant simplicity, Rajchman's account opens new horizons in our perception of evil ... An important, heart-rending contribution to our the search for truth' Elie Wiesel. 'Rajchman's searing story ... has a powerful authenticity and should not be forgotten. A Holocaust testament of heart-rending immediacy' Kirkus Reviews. 'An incomparable testimony of the Nazi extermination machine ... written with extraordinary narrative power' Natalie Levisalles, Liberation. 'His 96-page memoir, translated from the original Yiddish, has a powerful immediacy' Martin Gilbert, The Times. 'Rajchman writes vigorously ... this is an important book that deserves a prominent place in Holocaust literature' Victor Sebestyen, The Sunday Times. 'Written in the present tense it has a vivid immediacy and starkness about it that no historical book is able to achieve' Christopher Silvester, Sunday Express. 'His unadorned prose takes us to a place unlike any other in human history, at the extreme limits of human endurance and understanding' David Cesarani, New Statesman. 'As tense as any thriller ... the writer's duty is to tell the truth; the reader's duty is to learn from it' James Carson, Skinny.

Shipping: US$ 25.96
From United Kingdom to U.S.A.
Destination, rates & speeds