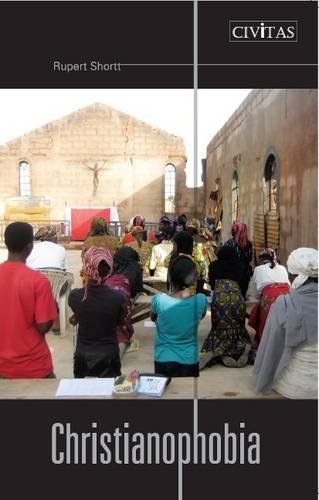 According to one study, 200 million Christians, or ten per cent of the global total, are socially disadvantaged, harassed or actively oppressed. In the large area between Morocco and Pakistan, there is scarcely a country in which church life operates without restrictions, and there is now a serious risk that Christianity will disappear from its biblical heartlands. This persecution has received only limited coverage in Western news media, owing to what the author of this study calls 'the questionable hierarchy of victimhood'. This is regrettable and should be questioned, even by those who hold no religious faith, since religious freedom is the canary in the mine for human rights generally. Rupert Shortt, Religion Editor of the Times Literary Supplement and a Visiting Fellow of Blackfriars Hall, Oxford, looks at examples of Christianophobia from Egypt, Iraq, Pakistan, Nigeria, India, Burma and China. He ends with St Augustine's observation that hope 'has two beautiful daughters: their names are anger and courage. Anger that things are the way they are. Courage to make them the way they ought to be.'

Rupert Shortt is Religion Editor of The Times Literary Supplement and a Visiting Fellow of Blackfriars Hall, Oxford. His latest book is Christianophobia: A Faith Under Attack (2012). His other publications include Rowan Williams: An Introduction (2003), God's Advocates: Christian Thinkers in Conversation (2005), Benedict XVI: Commander of the Faith (2005) and Rowan's Rule: The Biography of the Archbishop (2009).

'A very well-balanced and timely analysis of a phenomenon which some people in the West might not even recognise as a reality: namely, the systematic attack being mounted upon Christianity throughout the world from a wide variety of assailants. Shortt is a sane, observant, gentle reporter, and the story he tells is a very troubling one.' A.N. Wilson

Book Description Paperback. Condition: Very Good. The book has been read, but is in excellent condition. Pages are intact and not marred by notes or highlighting. The spine remains undamaged. Seller Inventory # GOR005441404