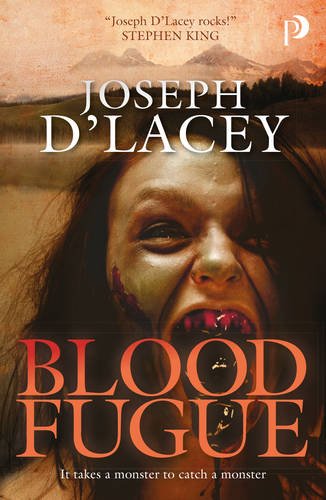 Reclusive outdoorsman, Jimmy Kerrigan, finds himself battling a vampiric plague which threatens to destroy Hobson's Valley, the isolated mountain community he calls home. When his family, friends and neighbours fall prey, Kerrigan is the only one who can save them and prevent the disease spreading beyond the remote town's boundaries.

Winner of the British Fantasy Award for Best Newcomer, D'Lacey is best known for his shocking eco-horror novel MEAT. The book has been widely translated and prompted Stephen King to say "Joseph D'Lacey rocks!". A film adaptation is in progress. Joseph lives with his wife and daughter in Northamptonshire.

Meat is a damning and workmanlike commentary on the human race's ceaseless appetite for meat ... an undeniably powerful read.--Mathew Riley "Bookgeeks "

Atmospheric and chilling... an irresistibly intense debut novel with the potential to become a controversial horror classic.--Dru Pagliasotti "The Harrow "