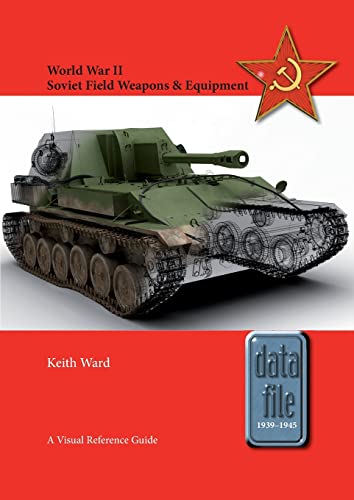 This title is the second in a series that employs a simple and effective concept to illustrate and describe the multiplicity of equipment and weapons systems used on the ground during World War II. Whilst many books have described such weapons and war material, Keith Ward's unique abilities as a 3D technical artist bring these items to life, illustrated throughout in full color. Here, in a single concise volume, are all major and many minor and less well-known items of Soviet weaponry and equipment, rendered precisely, including detailed cutaways showing their internal workings, information which is often absent from other publications. Technical details are also provided. This is an essential volume for anyone interested in the Soviet Army of World War II.

Keith Ward was born in England and trained as a graphic designer and commercial illustrator, becoming a director and partner in a small graphic design group in the early '90s. He has always had an interest in military history and the mechanics of war.

“From the wealth of information this book includes this book is worth getting.” (Scale Military Modeller International)

“Plenty here for the modeller of course, but also some opportunities for unusual additions to your Soviet (or indeed German) vehicle fleets.” (Miniature Wargames)

“This is an excellent book which leaves no stone unturned with regard to Soviet field weapons and equipment.” (Military Modelling)

“This is a great book for model-makers looking for detailed 3D drawings of Soviet weapons from the Second World War. Highly recommended.” (Tankette)

Shipping: US$ 19.80
From United Kingdom to U.S.A.
Destination, rates & speeds