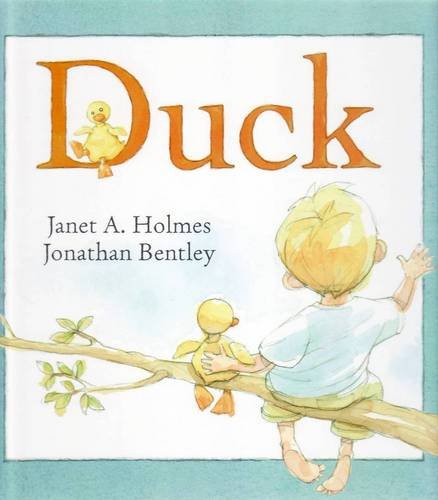 The little boy in this story assumes that Duck both loves and needs him. More than he needs Duck. But when Duck goes missing, his favourite things lose their appeal. Duck is discovered but even greater is the discovery that the narrator needs Duck just as much as Duck needs him.

Jonathan Bentley studied art in England and worked as many things before settling in Australia. He has been an Editorial Illustrator at the Courier Mail newspaper for ten years, and has illustrated books for Margaret Wild, The Wiggles and Andrew Daddo. Janet A Holmes's early career was spent as a teacher. She now works for the Australian Parliament and writes for children in her spare time. Duck is Janet's second book with Little Hare. Her first book was ME AND YOU, illustrated by Judith Rossell (October 2008).