Items related to The Road To Hell Is Paved With Zombies (Zombie Fighter... 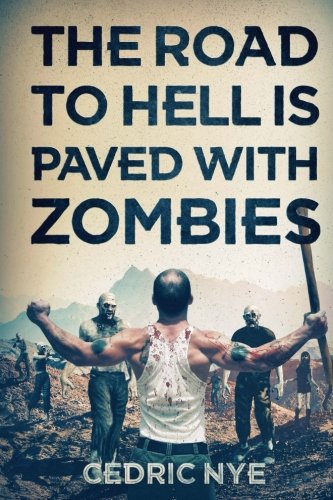 Jango doesn't know it, but his vacation is about to go right to hell. However, the growing hordes of ravening undead aren't the only problems Jango is facing. His mind is breaking apart, and he is losing his grip on reality. With bloodthirsty panache, Jango kills humans and zombies alike with whatever weapons he can find. As his mind splinters, and then breaks,you will find out that THE ROAD TO HELL IS PAVED WITH ZOMBIES. Get your gear, because THE ZOMBIE APOCALYPSE HAS BEGUN!! WARNING: THIS BOOK CONTAINS GRAPHIC VIOLENCE, STRONG LANGUAGE. Reader discretion is advised.

"Jango is neither hero nor villain in this story but simply a man that has a troubled past while fighting for his survival in a zombie infested world. He is also free from exasperating indecision; he will kill when he wants to kill and even let you know about it. Delusional, hardcore with a brush of kindness - Jango is a one of a kind central character in the undead fiction niche...I highly recommended the Zombie Fighter Jango series to my fellow horror fans who would like to read a fresh twist in the genre. "Reviewed by Lit Amri for Readers' Favorite

"Cedric Nye's novel is a riveting story that will surely appeal to readers who are partial to horror. Jango, the main protagonist, is a man who was abused as a child and this makes him quite an unlikely hero. However, as one continues reading, one realizes that it is actually this horrible childhood experience that gives him the kind of ruthlessness needed in fighting enemies like zombies."Reviewed by Maria Beltran for Readers' Favorite

1. The Road To Hell Is Paved With Zombies: Volume 1 (Zombie Fighter Jango)

2. The Road to Hell Is Paved with Zombies

Book Description Severed Press. Paperback. Condition: As New. An apparently unread copy in perfect condition. Dust cover is intact; pages are clean and are not marred by notes or folds of any kind. At ThriftBooks, our motto is: Read More, Spend Less. Seller Inventory # G1925047296I2N00

3. The Road To Hell Is Paved With Zombies (Zombie Fighter Jango) (Volume 1)

Book Description Severed Press, 2013. Condition: Good. A+ Customer service! Satisfaction Guaranteed! Book is in Used-Good condition. Pages and cover are clean and intact. Used items may not include supplementary materials such as CDs or access codes. May show signs of minor shelf wear and contain limited notes and highlighting. Seller Inventory # 1925047296-2-4

4. The Road To Hell Is Paved With Zombies (Zombie Fighter Jango) (Volume 1)