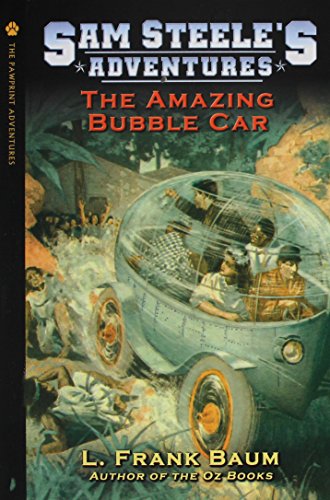 Sam Steele discovers the location of a lost tribe deep in the heart of Panama where diamonds litter the earth! A secret map found among a dead man s belongings points the way. But to get there Sam will need to maneuver through mountains, marshes, and mayhem. Luckily, Sam s partner is the unpredictable inventor Duncan Moit. Moit s latest invention, the Amazing Bubble Car, can travel over land and water and is impenetrable to almost any attack! But obstacles abound cultures in collision, the Indian chief s beautiful daughter, and a mysterious dwarf s golden hoard. So come join Sam and his friends on a dangerous journey to riches and adventure in their Magic Travelin Machine! This book was originally published in 1907 under Baum's pseudonym, Captain Hugh Fitzgerald as Sam Steele's Adventures in Panama. It was reprinted and retitled the following year as The Boy Fortune Hunters in Panama under Baum's penname Floyd Akers. It has also been an exceedingly rare book--until now! Beautifully repackaged and reprinted, our new Pawprint Adventures imprint will make Baum's adventure series books live again!