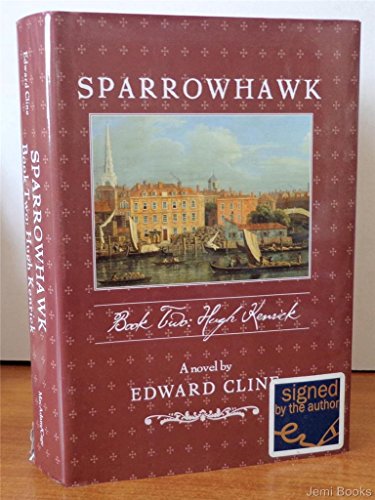 Follows the life of high-spirited and independent Hugh Kenrick, as he struggles with the constraints of his aristocratic ancestry, and ultimately jeapordizes his own safety when he joins a secret society of freethinkers.

The second volume in Cline's series about the foundations of the American Revolution (following Sparrowhawk, Book One: Jack Frake) follows precociously brilliant and rebellious English nobleman Hugh Kenrick. Kenrick demonstrates early on that his life in high society will be a contentious one; as a schoolboy, he defies his pompous uncle, the Earl of Danvers and refuses to bow for the Duke of Cumberland during a politically important visit. Fortunately for Kenrick, his talent is equal to his rebellious streak; he excels in academics, but decides to work for a merchant to learn a trade. His general curiosity leads to an involvement with a group of free thinkers called the Society of the Pippins, a small band that meets every week to discuss social inequities under the monarchy. But disaster strikes when a rival of Kenrick's betrays the group, and the Pippins find themselves sentenced for libel after a brief sham trial. Cline writes eloquently about the particulars of 18th-century English political life, and he proves especially adept at examining Hugh's moral quandary when his friends are arrested. But this volume is significantly less effective than its predecessor, largely because of the gratuitous detail and slow pace. By the time Kenrick's parents send him to Philadelphia to keep him out of further trouble, readers, too, may breathe a sigh of relief.
Copyright 2002 Reed Business Information, Inc.