Items related to Markus and Diana 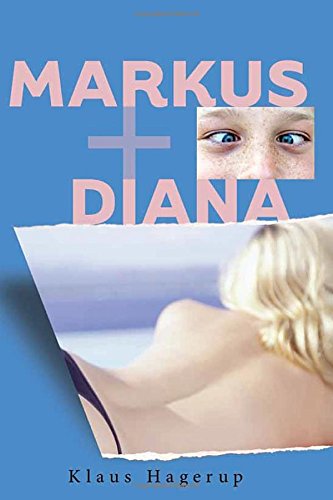 Timid Markus Simonsen wants to learn to be himself in this USBBY Outstanding International Book. He is afraid of almost everything. But when he writes fan mail to famous people, he becomes somebody else: a blind widow bound to a wheelchair who longs for an autograph of a famous novelist, or a young sportsman whose career was destroyed by doping. One day Markus writes to the famous actress Diana Mortensen, pretending to be a sensitive millionaire who is able to understand the drawbacks of fame. When she responds, Markus is drawn into a humorous adventure that requires him to invent still more stories. In the end Markus realizes that he wants to experience something more difficult: he wants to be himself.

Klaus Hagerup has made a name for himself over the past decade as a writer of books for children and young people, resulting in a number of prizes. Two of his books have been made into films. Five of his novels feature unpredictable Markus Simonsen. This series has gained enormous popularity both within and outside Norway, where he resides.

Grade 4-6–Although the books about Markus enjoy popularity in the author's native Norway, they may be a tougher sell to an American audience. The timid sixth-grader is afraid of almost everything (especially girls). His hobby is writing letters to celebrities, while claiming to be someone else and requesting an autographed picture for Markus. Egged on by his confident friend Sigmund, the boy writes to beautiful actress Diana Mortensen, pretending to be a sensitive millionaire. His growing infatuation with her leads to madcap adventures when she decides to come to Norway after her soap-opera character is killed off. Many preteens will empathize with the boy's shyness and root for him to gain confidence, but this title doesn't stand out from the many other books with similar themes.–Susan Riley, Mount Kisco Public Library, NY
Copyright © Reed Business Information, a division of Reed Elsevier Inc. All rights reserved.