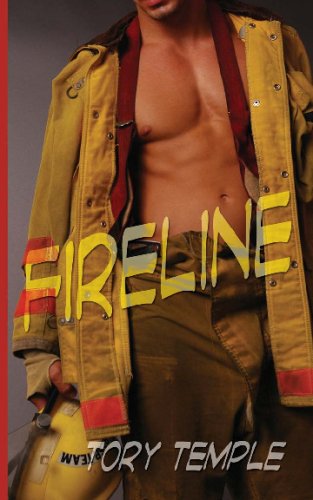 The sparks fly when Chance and Tucker meet in Heat, but flames catch in Flashover. These two guys are too hot to handle. Chance thinks he's got a pretty good life. He loves his job as a fireman, he's got an ocean view, and he has a great bunch of friends. He figures there's not much reason to change until he meets Tucker, a paramedic who works his shift. Tucker might even be worth breaking the don't ask, don't tell policy at work, might just be worth coming out for. Trouble threatens to tear the two apart, though, when Chance is injured, which takes a toll on all of his relationships, most importantly the one he had developed with Tucker. In fact, it shatters everything they've worked so hard for. Can Chance and Tucker rebuild their lives, coming back together to be better than ever? Then, in Flashover, the boys from Heat are back! When a family tragedy forces Tucker to return to Kentucky to wait out the probate on the old homestead, he and Chance are separated for a while. Chance has been promoted to Captain, and can't leave his job for long, putting strain on his relationship. Even when they can find time to be together they have to face adversity from the locals, problems in their own personal lives, and even the weather as they try to get the farm settled enough to leave it behind. Can Chance and Tucker keep it together even when the fire burns high enough to flash over their heads?