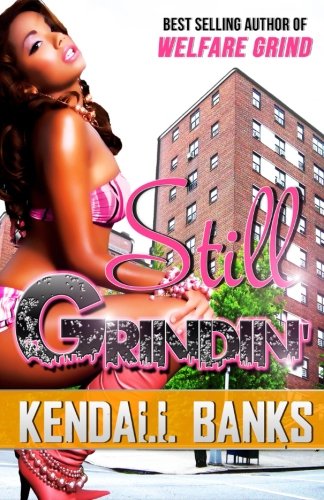 Keema is back and dirtier than ever in this sequel to bestselling novel, Welfare Grind. After oddly maneuvering her way out of the blood bath she left behind in Arizona, Keema is up to her old tricks again. Between sex, greed and murder it s almost impossible to escape from the hood life she s grown accustomed to. From one scam to the next, she finally comes up with a new hustle that rains money and is sure to give her the riches she thinks she deserves That is until someone from her past emerges sending her into mental shock. The stakes become high as Keema fights for her life, still with her mind on her money. While stacking paper Keema also stacks enemies...old and new. Unfortunately for her, her street savvy mentality may not be enough to get her off this time.

Kendall Banks is the proud author of the bestselling series One Night Stand and The Welfare Grind Series. With an education in business, Kendall’s original goal was to be a successful screenwriter, but when that plan failed, luckily her love for fiction directed her in another path. Since her first promising debt novel, Rich Girls, Kendall has gained several accolades and is now considered one of the rising stars in urban lit. Presently residing in the Washington, DC area, when she’s not hammering away at the keyboard, or going over the next storyline, Kendall spends her free time cramming her DVR with true-crime and reality-TV shows.

Shipping: US$ 17.75
From United Kingdom to U.S.A.
Destination, rates & speeds