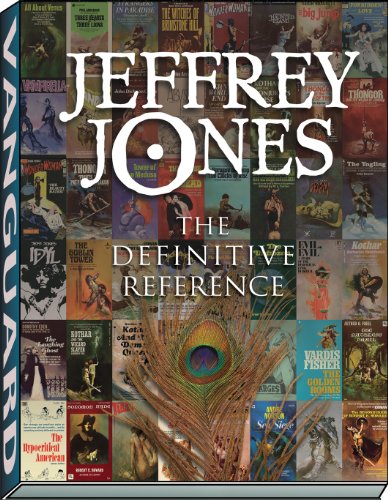 Vanguard follows their hit Frazetta:The Definitive Reference with Jeffrey Jones: The Definitive Reference. Legendary artist Frank Frazetta once called Hugo Award and World Fantasy Award winner Jones "the great living painter." Jones and Frazetta were the top two heroic fantasy book cover artists of the 1960's and '70's. As well as sci-fi and fantasy, Jones famously contributed to 1972-75 issues of National Lampoon with the innovative comics feature "Idyl," and was a member of The Studio in New York City with contemporaries, Barry Windsor-Smith, Bernie Wrightson, and Michael Wm, Kaluta. The Studio became the subject of a landmark book from Dragon's Dream in 1979. By the '80s Jones relocated to the Woodstock area to pursue Fine Art. This is not an art monograph or biography but is a profusely illustrated reference book, gathering together the most detailed information on every known, first-publication image by Jones from magazines, books, comics, postcards, and every other artifact one can imagine -- the absolute completists' guide to Jeffrey Jones!