Items related to The Parade: A Story in 55 Drawings

Si Lewen The Parade: A Story in 55 Drawings

The Parade: A Story in 55 Drawings 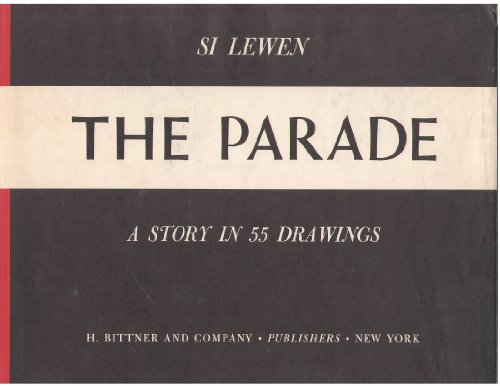 The Parade is a story of recurring war as Si Lewen saw it, watching the parades after World War I lead into the death marches of World War II. As such, The Parade is a document of our time and, through the art of Si Lewen, a unique artistic document as well. The Parade, beyond inquiring into the relationship of events, insists upon a pulsating continuity between otherwise unrelated and singular pictures. As The Parade moves relentlessly on, it is forced into a new dimension by the growing and ebbing intensity of each picture cycle, and assumes a form closely related to that of the movie.