Items related to Panic in Paris 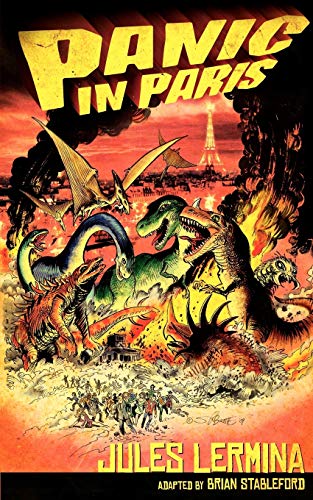 It all begins innocently enough when the corpse of a London boxer is discovered at sunrise on the Place de la Concorde in Paris. But the man was reportedly seen in London only a couple of hours earlier... A great English detective and France's leading investigative reporter team up to solve a baffling mystery that will ultimately take them to a network of vast caverns under Paris inhabited by prehistoric monsters, waiting to be released... Jules Lermina's Panic in Paris (1910) combines the tradition of utopian fiction with both the scientific advances of the 19th century and the pseudoscientific trappings of Edward Bulwer-Lytton's The Coming Race (1871). It also features some intriguing anticipations of two key works by Arthur Conan Doyle, prefiguring both The Lost World (1912) and The Poison Belt (1913).

2. Panic in Paris (Paperback or Softback)