Items related to The Colonial Twins of Virginia

The Colonial Twins of Virginia 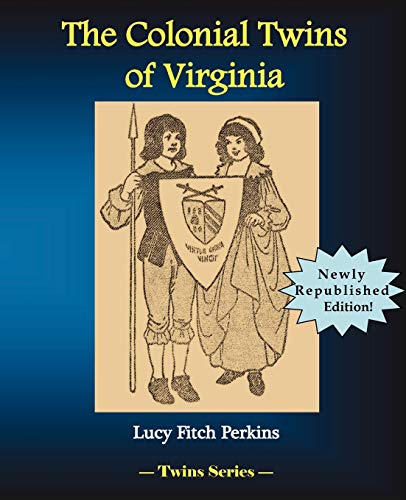 Long years ago, when this country was still an unbroken wilderness inhabited only by wild beasts and Indians, and rivers were the only highways of travel, there stood upon the southern shore of the swiftly flowing James a fine brick mansion belonging to Major George Burwell, a planter of old Virginia. His great estate of Honeywood stretched from the river-bank southward across many acres of cleared land deep into a virgin forest of immense cedars, pines, and water oaks. How far beyond the boundaries of Honeywood this forest extended no one then knew. Toward the west, farther up the river, there were tobacco-fields, and farther still there were pastures for cattle. Nearer, in a hollow, a little village of log cabins provided quarters for the large colony of negro slaves belonging to the estate. Toward the east, beyond the home place, there were more farmlands, then forest again, with cart-paths leading to the plantation warehouses a mile and a half away, where a dock stretched far out into the deep channel of the James. Along both shores of the river, like little kingdoms, lay other great estates - Brandon, Weyanoke, Westover - separated from one another by great stretches of forest and united only by rough trails winding beneath the trees, and by the great common highway of the yellow waters. The unbroken forest which once stretched across the continent disappeared long ago, and where once stood Indian villages, great cities now lift their chimneys and their spires. Where once the only roads were dangerous forest paths, highways and railroads now weave a pattern across the length and breadth of the land, bringing the very ends of the earth nearer together than were adjoining plantations in that early day. Yet a little apart from its changed world the stately old mansion of Honeywood still stands among its ancient groves of cedar, water oaks, and pines, and still the muddy waters of the James flow swiftly by it to the sea. Still the yellow primroses border the garden paths which lead from the river-bank to its white-columned portico; still the mockingbirds and cardinals flit about its box hedges and fill the air with music; and still the happy voices of children wake the echoes, just as they did in the year 1676 when Tom and Beatrix Burwell lived there.

1. The Colonial Twins of Virginia (Paperback or Softback)

2. The Colonial Twins of Virginia

3. The Colonial Twins of Virginia

4. The Colonial Twins of Virginia

5. The Colonial Twins of Virginia