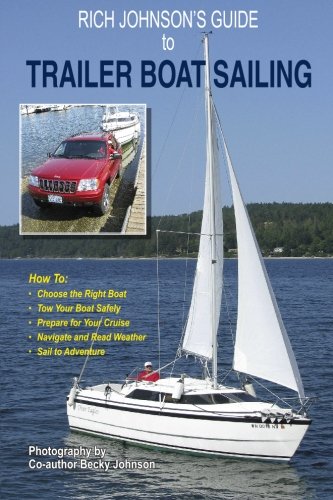 If you've ever dreamed of casting off in search of adventure wherever your heart may lead, this book will help turn those dreams into reality. A trailerable sailboat is the ideal way to explore every part of the country - wherever there are lakes, rivers, reservoirs or ocean coastline. To make the most of this exciting lifestyle, owners (or prospective owners) of trailerable sailboats need three things: an understanding of the boat and how to use it, knowledge about the tow vehicle and trailer used to transport the boat, and a spirited sense of adventure to live the dream. This book delivers all three, in a down-to-earth style old salts will appreciate, yet easy enough for budding sailors to grasp.

Rich Johnson was born and raised in a tiny northern Utah town, where he learned to fish and hunt under the tutelage of his dad and grandfather. As a kid, he spent time on the far end of a two-man crosscut saw, learned to split wood for the winter stove, hunted grasshoppers in his grandma's garden for a nickel a pop bottle full, and had a dog named Tippy. Life was good. After a stint in the Army Special Forces, Rich ended up in Los Angeles, working in the magazine industry as a writer, photographer and editor. During his 33-year career, he's written hundreds of articles and several books. His travels took him all around the country and to far-flung parts of the world. He now lives in the Pacific Northwest. Rich enjoys sailing, scuba diving, fishing, camping, rock climbing, kayaking, golf, backcountry skiing and just about anything else that can be done outdoors. He has more than 30 parachute jumps to his credit, rappelled from helicopters, and holds a Frequent Faller card as a bungee jumper. Rich served as a volunteer firefighter and emergency medical technician.