Items related to The Art Of War

Sun Tzu The Art Of War

The Art Of War 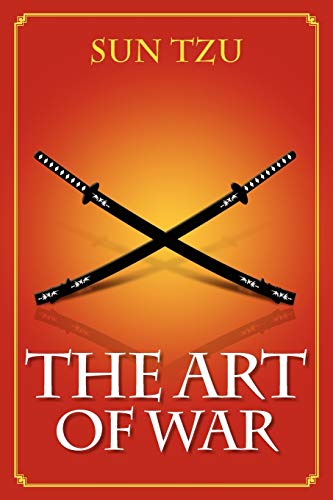 Sun Tzu was one of the greatest army generals who ever lived. He wrote "The Art of War" in the fifth century BC and yet his words are still resoundingly relevant to our modern lives. His writings on aspects of warfare from the laying of plans to the tactics and psychology of manoeuvering an army, to the proper use of spies, resonate for us in today's world of cut-throat, ruthless business. With James Clavell's insightful foreword and notes, this classic is widely seen as a necessity on the bookshelf of military leaders and boardroom executives alike.

James Clavell was born in 1924 into a Royal Navy family. He joined the British Royal Artillery and served in the Second World War, spending some time as a prisoner of war in the notorious Changi prison near Singapore. He later moved into writing, producing and directing films - he wrote the screenplay for The Great Escape. He was also a popular and acclaimed novelist, particularly for his East-meets-West epic SHOGUN. Clavell published his translation of THE ART OF WAR in 1983. He died in 1994.

"A welcome addition to the growing body of studies on Sun Tzu's classic treatise about strategy." --Victor H. Mair, University of Pennsylvania

6. The Art of War (Paperback or Softback)