Items related to Crossed Paths: Desperation Squad and the Age of Fortuitism

Crossed Paths: Desperation Squad and the Age of Fortuitism 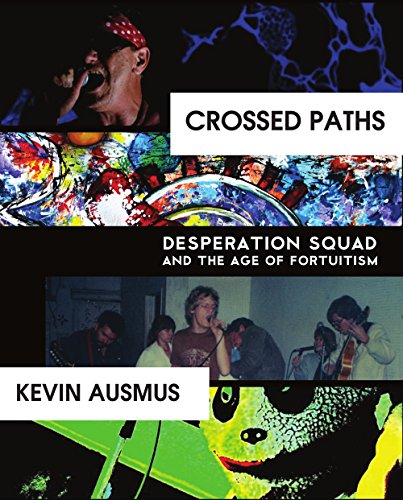 California Interest. Art. Music. CROSSED PATHS: DESPERATION SQUAD AND THE AGE OF FORTUITISM is an exploration and documentation of a slice of the underground art and music scene in the Pomona Valley of California, beginning in the early 1980s and moving into the 21st Century with a particular focus on The Desperation Squad. Highlights include stories from The Warped Tour, America's Got Talent, and lead singer Kevin Ausmus' run for mayor of Pomona (the "Rock and Roll Mayor").

Kevin Ausmus is the lead singer of Desperation Squad. He is a writer and performer whose work has appeared in the Pasadena Weekly, the Los Angeles Times, Rolling Stone, Q, Zinc, Civil Eyes, Digress, and Mean Street. Kevin was a mayoral candidate for the city of Pomona, California in 1993 and continues to advocate for change while he creates music and art in and around the Pomona Valley.