Items related to Learning From LongHouse 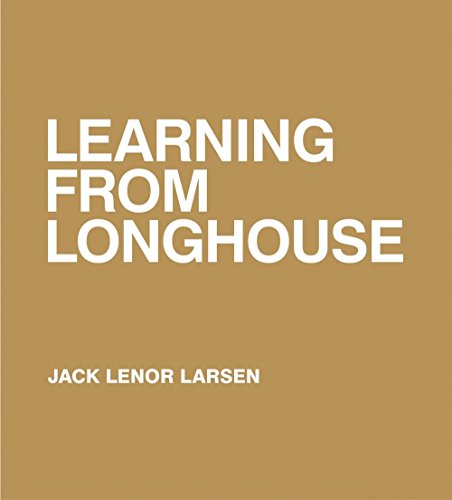 · LongHouse Reserve was founded by Jack Lenor Larsen, internationally known textile designer, author, and collector
· Its collections, gardens, sculptures, and programs reflect world cultures and inspire a creative approach to contemporary life
Larsen's home, LongHouse, located on 16 acres in East Hampton, NY, was built as a case study to exemplify a creative approach to contemporary life. He believes visitors experiencing art in living spaces have a unique learning experience - more meaningful than the best media. Inspired by the famous Japanese shrine at Ise, LongHouse contains 13,000 square feet, 18 spaces on four levels. The gardens present the designed landscape as an art form and offer a diversity of sites for the sculpture installations.

Jack Lenor Larsen founded the firm that bears his name in 1952. Over the past five decades, Larsen - the company - has grown steadily to become a dominant resource for signature fabrics. The "Larsen Look" which began with Mr. Larsen's own award-winning hand-woven fabrics of natural yarns in random repeats has evolved to become synonymous with 20th century design at its pinnacle. Known as an innovator, Larsen has won many awards and is one of four Americans ever to be honored with an exhibition in the Palais du Louvre. More than a weaver, Mr. Larsen is a scholar, world traveler, and an authority on traditional and contemporary crafts.

The book, which functions as a scrapbook and vision board, has a beautiful and thoughtful design, illustrated by plenty of archival and current images that document the evolution of the place. (Jennifer Landes The East Hampton Star, 06/30/2016)

In his book, Learning From LongHouse, you can wander through a world-famous Hamptons garden with Jack Lenor Larsen. (Jane Garmey 1stDibs, August 1, 2016)

Textile designer Jack Lenor Larsen shares his wisdom about gardening, art, and more in Learning From LongHouse, a book about his magical home in East Hampton. (Hamptons Cottages & Gardens, August 1, 2016)