Items related to The Weeping Angel: Letters and Poems from World War...

The Weeping Angel: Letters and Poems from World War I France 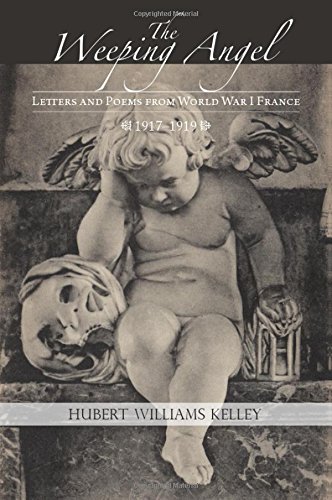 Posters in Kansas City adorned the army recruitment center: "Join up and be in France in 60 days." Working as a soldier on the railroads in war-torn northern France during World War I, Hubert Kelley found his vocation as a poet and writer. This is the story of a boy's journey into adulthood told through his vivid letters home written from 1917 to 1919. The Weeping Angel (L'Ange Pleureur) statue in the Amiens Cathedral came to symbolize the sadness of war to him and his fellow soldiers, and he visited it often. His poems and selected later writings are included in this volume.

"The Weeping Angel draws on one of the richest surviving collections of First World War letters to bring to life one of Uncle Sam's most remarkable-and thoughtful-doughboys. In this compelling book, Mary Kelley restores the human story to one corner of an inhuman war. Whether they've read one book about the war or fifty, readers will be surprised and engaged by The Weeping Angel."
-Christopher Capozzola, author of Uncle Sam Wants You: World War I and the Making of the Modern American Citizen

"It's a wonderful book with so much compelling material...Kelley's essay, 'A Memory of Amiens,' is extraordinary. The Weeping Angel rescues a wonderful voice from the period, as well as the story of a remarkable regiment that is too little known."
-Steven Trout, author of On the Battlefield of Memory: The First World War and American Remembrance, 1919-1941

1. The Weeping Angel: Letters and Poems from World War I France

Book Description Paperback. Condition: Good. Connecting readers with great books since 1972. Used books may not include companion materials, some shelf wear, may contain highlighting/notes, may not include cdrom or access codes. Customer service is our top priority!. Seller Inventory # S_307085903

2. THE WEEPING ANGEL Letters and Poems from World War I France