Items related to Watership Down: A Novel

Adams, Richard Watership Down: A Novel 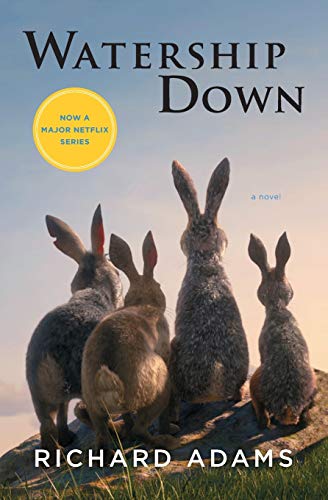 A worldwide bestseller for more than forty years, Watership Down is the compelling tale of a band of wild rabbits struggling to hold onto their place in the world—“a classic yarn of discovery and struggle” (The New York Times).

Richard Adams’s Watership Down is a timeless classic and one of the most beloved novels of all time. Set in the Hampshire Downs in Southern England, an idyllic rural landscape, this stirring tale of “suspense, hot pursuit, and derring-do” (Chicago Tribune) follows a band of rabbits in flight from the incursion of man and the destruction of their home. Led by a stouthearted pair of brothers, they travel forth from their native Sandleford warren through harrowing trials to a mysterious promised land and a more perfect society. “A marvelous story of rebellion, exile, and survival” (Sunday Telegraph) this is an unforgettable literary classic for all ages.

Richard Adams, the son of a country doctor, was born in Newbury in England in 1920. He was educated at Bradfield College and Worcester College, Oxford. He served in the Second World War and in 1948 joined the civil service. In the mid-1960s he completed his first novel, Watership Down, for which he struggled for several years to find a publisher. It was eventually awarded both the Carnegie Medal and the Guardian Award for children's fiction for 1972. In 1974 he retired from the civil service and published a series of further books, including Shardik, Tales from Watership Down, Maia, The Plague Dogs, and The Girl in a Swing. Adams died on Christmas Eve, 2016.

"Quite marvelous...A powerful new vision of the great chain of being.", New York Times Book Review

“A classic yarn of discovery and struggle.", The New York Times

“What a relief to read of characters who have honor and courage and dignity, who will risk their lives for others, whose love for their families and friends and community is enduring and effective”, New York Review of Books