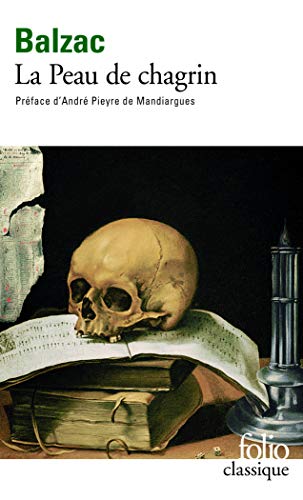 Balzac's classic philosophical novel about a young man (Raphaël) torn between two women, one whom he loves but who does not reciprocate his affections (Foedora, the "woman without a heart") and one who loves him but for whom initially he has only fraternal feelings (Pauline). The sentimental drama is associated with a philosophical one in allegorical form: how does a man live his life ... with intensity but in an existence of short duration, or without desires in a long life? The drama is expressed through the talisman, a wild ass's skin, given to the hero by an old antique dealer. The skin has magical powers: it enables the owner to satisfy any desire, but it shrinks each time it is used. The owner's life is mirrored by the shrinking skin. This edition reproduces the text of the first edition of the novel (1831) and is the only available edition of this version. The book comes with a cd-rom on which the reader will find a critical apparatus prepared by Andrew Oliver, a well-known Balzac scholar.

A prolific writer, Honore de Balzac (1799-1850) is generally regarded, along with Gustave Flaubert, as a founding father of realism in European literature, and as one of France's greatest fiction writers.

Book Description Paperback. Condition: New. Paperback. Shipping may be from multiple locations in the US or from the UK, depending on stock availability. 0.249. Seller Inventory # 9782070338283

Shipping: US$ 19.63
From United Kingdom to U.S.A.
Destination, rates & speeds