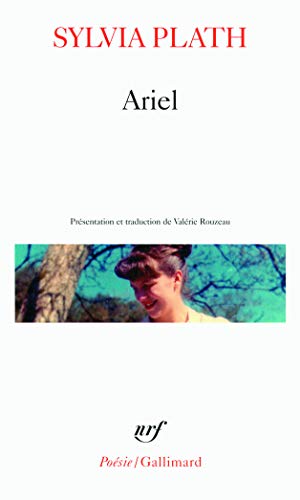 "In these poems...Sylvia Plath becomes herself, becomes something imaginary, newly, wildly and subtly created."
-- From the Introduction by Robert Lowell

Sylvia Plath (1932-63) was born in Boston, Massachusetts, and studied at Smith College. In 1955 she went to Cambridge University on a Fulbright fellowship, where she met and later married Ted Hughes. She published one collection of poems in her lifetime, The Colossus (1960), and a novel, The Bell Jar (1963). Her Collected Poems, which contains her poetry written from 1956 until her death, was published in 1981 and was awarded the Pulitzer Prize for Poetry. Other posthumous publications include Ariel, her landmark publication, Crossing the Water, Winter Trees, Johnny Panic and the Bible of Dreams and The Journals of Sylvia Plath 1950-1962.

"Sylvia Plath's last poems have impressed themselves on many readers with the force of myth. They are among the handful of writings by which future generations will seek to know us and give us a name."-- "Critical Quarterly""It is fair to say that no group of poems since Dylam Thomas's "Deaths and Entrances" has had as vivid and disturbing an impact on English critics and readers as has "Ariel." Sylvia Plath's poems have already passed into legend as both representative of our present tone of emotional life and unique in their implacable, harsh brilliance...These poems take tremendous risks, extending Sylvia Plath's essentially austere manner to the very limit. They are a bitter triumph, proof of the capacity of poetry to give to reality the greater permanence of the imagined. She could not return from them."-- George Steiner, "The Reporter"