Items related to Furniture and Interiors of the 1940s (BEAUX LIVRES...

Furniture and Interiors of the 1940s (BEAUX LIVRES - LANGUE ANGLAISE) 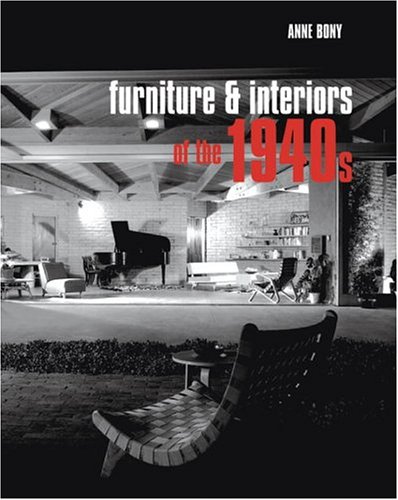 The 1940s marked a period of transition in interior design: the quarrel between ancient and modern was outdated, the combination of function and art was essential, and interior designers were more focused on new creations rather than on post-war reconstruction. The style of this period exhibits all the contradictions that arise from a society that was in a general state of shock, unsure of what the future would hold. Exemplary cabinet making marks the period, featuring famous names like T.H. Robsjohn-Gibbing and George Nelson from the United States. In France, Adnet, Arbus, Dominique, Kohlmann, Jallot, and Leleu produced sumptuous ensembles, with beautiful detailing. Furniture and Interiors of the 1940s features the work of numerous designers in 300 archival images and recent color photographs that shed new light on this transitional period in design, as it evolved both in Europe and in the United States.

Anne de Bony is the author of the widely–acclaimed "Decade" series, which looks at key features of world design and culture by decades from the 1930s through to the 1990s, published by Editions du Regard.

Eric Phillipe is a specialist on the period, who has curated several catalogued exhibitions.

1. Furniture and Interiors of the 1940s (BEAUX LIVRES - LANGUE ANGLAISE)