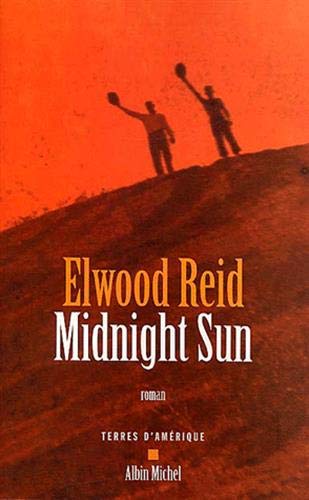 Jack, the gritty narrator of this dark, gripping novel by Elwood Reid, is a journeyman carpenter in his late twenties whose travels have led him to Alaska. When his pink slip arrives at the end of summer, he allows himself to be talked into an unusual job. Along with his best friend, Burke, Jack accepts ten thousand dollars from a dying Fairbanks man to travel into the northern wilderness and rescue his daughter from a cult.
It doesn't take long before their trip begins to go awry, and things only get worse once they reach the cult's camp, where they are received with a hostility that quickly turns violent. Jack soon realizes that Burke knows more than he lets on about their mission and he finds himself on his own, desperately seeking a way out of the camp. Taut, riveting, and complex, Midnight Sun is an arctic "Deliverance", a literary thriller set deep in beautiful but dark and indifferent Alaskan woods.

"A hot-blooded thriller of the first order." --"San Francisco Chronicle Book Review
""Ambitious and uncompromising, Reid skillfully guides the reader on a dark, bumpy ride."-"The Cleveland Plain Dealer
"
"Elwood Reid knows how to write. "Midnight Sun" is a winner."-Elmore Leonard
"Elwood Reid reminds me of beloved old Jack London, only hipper. In "Midnight Sun" he asks your basic American questions about freedom in a tight, honest style that's loaded and cocked and always about to have an accident. Superb stuff." --Barry Hannah