Items related to Women at the Burgundian Court: Presence and Influence/... 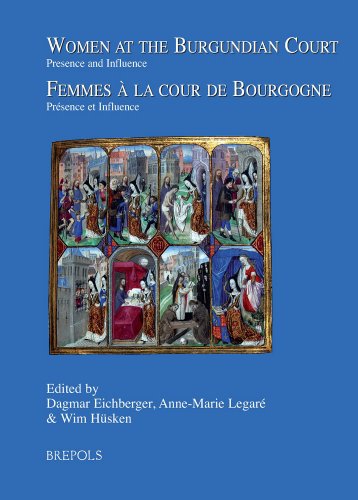 This collection of essays charts the role of women at the Burgundian court by analysing the ways in which medieval women, such as Isabella of Portugal, Margaret of York, Mary of Burgundy, Margaret of Austria made an impact through their physical, moral and spiritual presence at court. During the absence of the prince these well-educated and internationally experienced spouses, mothers and aunts were put in charge of the courtly household or were in some cases appointed regent of the Netherlandish territories for a limited period of time. The youngest generation of women represented by the sisters and consorts of Charles V and Ferdinand I - now forming part of the extended family network - continued this tradition and took it to Germany, Spain, France and Portugal. The court developed into a kind of 'gender laboratory', in which women actively negotiated their position of power, thus consolidating their influence in politics, diplomacy, education and art.

Dagmar Eichberger is professor of art history at the University of Heidelberg, she teaches Netherlandish and German art and culture from 1400 to 1800. Anne-Marie Legare is professor of medieval art history at the University of Lille 3 - Charles de Gaulle. She teaches Women's Studies and History of Manuscript Illumination. Wim Husken is curator at the Stedelijke Musea in Mechelen. He has written extensively on Dutch literature and theatre of the sixteenth century.