Items related to The Cross in the Wilderness. Thomas Cole: Collection... 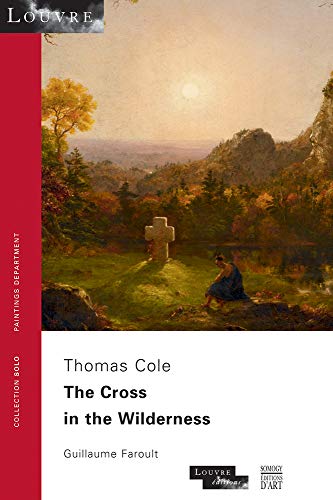 Since 1975, the Louvre has had in its collection a luminous painting by Thomas Cole, The Cross in the Wilderness, which is the culmination of Cole's quest to portray a certain type of American landscape – the wilderness, the mythical archetype of grandiose and unspoiled nature. He drew inspiration from early American literary works, including The Last of the Mohicans. This painting also contains many references to the art of the Old World. Cole, who was born in England and visited Europe on several occasions, was familiar with its many schools of painting. The work represents an important milestone in his oeuvre, which was heavily influenced by the work of Claude Lorrain and Turner, as seen in the sensitive treatment of light and particularly original scenography. Guillaume Faroult unravels and analyzes the complex interplay of artistic devices that lie behind the work’s apparent and luminous simplicity.

Guillaume Faroult is a curator of the department of paintings of the Louvre museum and the curator of exhibitions.

Shipping: US$ 3.98
From United Kingdom to U.S.A.
Destination, rates & speeds