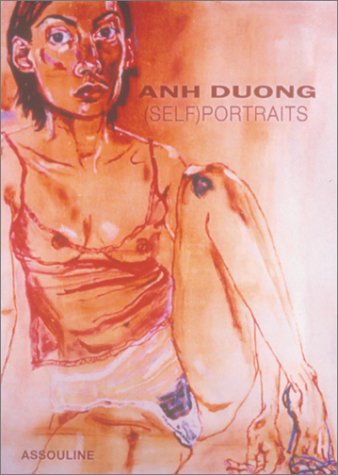 Anh Duong is an internationally known model immediately recognized for her regal, exotic looks. French born, she moved to New York in 1989 to pursue painting and acting but quickly became extraordinarily successful as a model, featured in high-profile campaigns for designers such as Donna Karan, Calvin Klein and John Galliano. After working as a model for more than a decade, painting is once again in the forefront of Duong's life. She has exhibited in galleries around the world; a recent showing in Paris created a sensation, selling out within weeks. In the spirit of Egon Schiele, her paintings are daring, erotic and intimate. This book juxtaposes slick fashion shots with Duong's own perception of herself. Her revealing and deeply personal paintings contrast the cool, stunning photographs taken by Timothy Greenfield-Sanders, Steven Meisel, Peter Lindberg and Michel Comte among other. With elegant images, as well as fun quotes from Diane Von Furstenberg, Isabella Rossellini and Bob Colacello among others, (Self) Portraits is a hypnotic exploration of art and fashion.

The French born, exotic beauty Anh Duong came to New York in 1989, starting as a painter, and actor. She quickly became an extraordinary successful model and internationally known celebrity. Painting has once again moved to the forefront of her life with the June 29, 2000 opening of an exhibition of her work at one of New York's premier gallery, the Tony Shafrazi Gallery. As a pinter, Anh's work has been exhibited in galleries around the world. A recent showing of her work at the Jerome de Noirmont's Paris Gallery created a sensation and sold out within weeks. The list of galleries that her work has appeared includes the PMMK (Belgium), Guy McIntyre (NY), Sperone West Water (NY), and Akarenga Culture Center (Japan). As a model, Anh quickly became recognized as she has been features Celebrity in renowned campaigns for Donna Karan, the Gap, Banana Republic, John Galliano, Christian Lacroix, Calvin Klein. She is presently a key participant and focal point in the launching of Isabella Rossellini's Manifesto fragrance campaign. Anh has worked with such prestigious photographers as Herb Ritts, Steven Meisel, Ruven Afanador, Mario Testino, Javier Vallhontrat, David Seidner and Peter Lindbergh. She has appeared in Vogue, Harper's Bazaar and Elle. As an actress, she has appeared such films, The Mambo Kings, Scent of a Woman, I Shot Andy Warhol, High Art, as well as French films: A Vendre (Laetitia Masson), and Love Me (Laetitia Masson), which competed in the Berlin Film Festival. Anh has even directed a documentary on Julian Schnabel's exhibition in Sevilla (Spain).