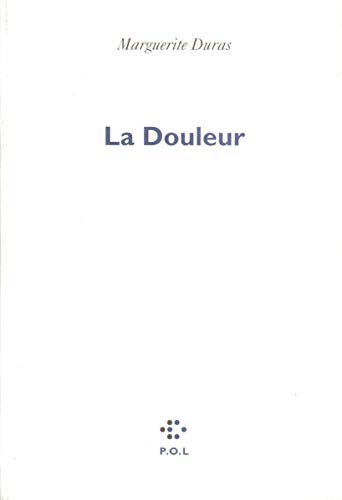 Marguerite Donnadieu, better known as Marguerite Duras (4 April 1914 - 3 March 1996) was a French writer and film director. She was born at Gia-Dinh, near Saigon, French Indochina (now Vietnam), after her parents responded to a campaign by the French government encouraging people to work in the colony. Marguerite's father fell ill soon after their arrival, and returned to France, where he died. After his death, her mother, a teacher, remained in Indochina with her three children. The family lived in relative poverty after her mother made a bad investment in an isolated property and area of farmland in Cambodia. The difficult life that the family experienced during this period was highly influential on Marguerite's later work. An affair between the teenaged Marguerite and a Chinese man was to be treated several times (described in quite contrasting ways) in her subseqent memoirs and fiction. She also reported being beaten by both her mother and her older brother during this period. At 17, Marguerite went to France, her parents' native country, where she began studying for a degree in law. This she soon abandoned to concentrate on political sciences, and then law. After completing her studies, she became an active member of the PCF (the French Communist Party). In the late 1930s she worked for the French government office representing the colony of Indochina. During the war, from 1942 to 1944, she worked for the Vichy government in an office that allocated paper to publishers (in the process operating a de facto book censorship system), but she was also a member of the French Resistance. Her husband Robert Anthelme was deported to Bergen-Belsen for his involvement in the Resistance, and barely survived the experience (weighing on his release, according to Marguerite, just 84 lbs). In 1943 she changed her surname for Duras, the name of a village in the Lot-et-Garonne d partement, where her father's house was located. She is the author of a great many novels, plays, films, interviews and short narratives, including her best-selling, apparently autobiographical work L'Amant (1984), translated into English as The Lover. This text won the Goncourt prize in 1984. The story of her adolescence also appears in three other forms: The Sea Wall, Eden Cinema and The North China Lover. A film version of The Lover, produced by Claude Berri, was released to great success in 1992. Other major works include Moderato Cantabile, also made into a film of the same name, Le Ravissement de Lol V. Stein, and her film India Song. She was also the screenwriter of the 1959 French film Hiroshima mon amour, which was directed by Alain Resnais. Duras's early novels were fairly conventional in form (their 'romanticism' was criticised by fellow writer Raymond Queneau); however, with Moderato Cantabile she became more experimental, paring down her texts to give ever-increasing importance to what was not said. She was associated with the Nouveau roman French literary movement, although did not definitively belong to any group. Her films are also experimental in form, most eschewing synch sound, using voice over to allude to, rather than tell, a story over images whose relation to what is said may be more-or-less tangential. Marguerite's adult life was somewhat difficult, despite her success as a writer, and she was known for her periods of alcoholism. She died in Paris, aged 81 from throat cancer and is interred in the Cimeti re du Montparnasse. Her tomb is marked simply 'MD'.