Items related to God of Rescue: John Berryman and Christianity 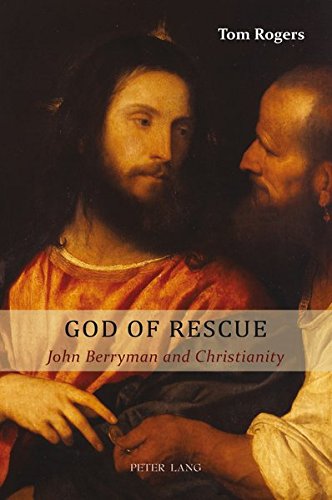 John Berryman (1914-1972) was one of the most important American poets and men of letters of the twentieth century. A major preoccupation of his work was his life-long quest for religious truth, in particular, his critical investigations into the claims of his lost Christian faith – a faith he portrays as being extinguished at the age of twelve by his father’s suicide, but dramatically reawakened four decades later by his encounter in the alcoholics’ ward with the ‘God of Rescue’.
This book constitutes the first full-length study to be published on this important, yet often neglected, aspect of Berryman’s writings. The author establishes a narrative of conflict and conversion in Berryman’s poetry, which explores the mysterious relationship between grace and free will, and the limits both of the will and of belief that the poet encounters in the face of human suffering and the existence of evil. The closely researched commentary takes the reader from Berryman’s largely uncharted early verse through to The Dream Songs and his final ‘post-conversion’ poetry. Drawing on many previously unpublished writings by Berryman, the author demonstrates how the poet’s religious experiences and research are crucial for an informed interpretation of this often challenging body of work.