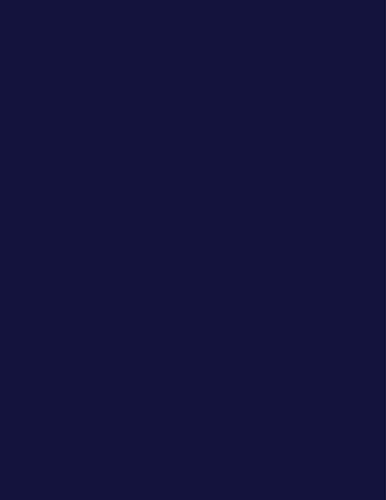 This series of HANDBOOKS OF LINGUISTICS AND COMMUNICATION SCIENCE is designed to illuminate a field which not only includes general linguistics and the study of linguistics as applied to specific languages, but also covers those more recent areas which have developed from the increasing body of research into the manifold forms of communicative action and interaction.

For "classic" linguistics there appears to be a need for a review of the state of the art which will provide a reference base for the rapid advances in research undertaken from a variety of theoretical standpoints, while in the more recent branches of communication science the handbooks will give researchers both an verview and orientation.

To attain these objectives, the series will aim for a standard comparable to that of the leading handbooks in other disciplines, and to this end will strive for comprehensiveness, theoretical explicitness, reliable documentation of data and findings, and up-to-date methodology.

The editors, both of the series and of the individual volumes, and the individual contributors, are committed to this aim. The languages of publication are English, German, and French.

The main aim of the series is to provide an appropriate account of the state of the art in the various areas of linguistics and communication science covered by each of the various handbooks; however no inflexible pre-set limits will be imposed on the scope of each volume. The series is open-ended, and can thus take account of further developments in the field. This conception, coupled with the necessity of allowing adequate time for each volume to be prepared with the necessary care, means that there is no set time-table for the publication of the whole series. Each volume will be a self-contained work, complete in itself.

The order in which the handbooks are published does not imply any rank ordering, but is determined by the way in which the series is organized; the editor of the whole series enlist a competent editor for each individual volume. Once the principal editor for a volume has been found, he or she then has a completely free hand in the choice of co-editors and contributors. The editors plan each volume independently of the others, being governed only by general formal principles. The series editor only intervene where questions of delineation between individual volumes are concerned. It is felt that this (modus operandi) is best suited to achieving the objectives of the series, namely to give a competent account of the present state of knowledge and of the perception of the problems in the area covered by each volume.

Book Description De Gruyter, Germany, 2002. Hardback. Condition: New. Reprint 2016. Language: German. Brand new Book. The impression one initially has of lexicology is rather diffuse. As a discipline, it suffers from the fate of either not being noticed at all or of being itself broken down into semi-independent sub-disciplines such as phraseology and mental lexicon. It is against this background that the handbook identifies and deals with the following aims for academic progression and practical/theoretical research: the establishment and maintenance of an independent profile for the discipline of lexicology the collection and documentation of up-to-date knowledge in the field of lexicology the documentation of research still outstanding and the provision of guidelines on concrete fields of study The handbook starts off with the two main sections: 'word' and 'vocabulary'. The sense relations act as the threads which bind these two sections together, because their ability to link words in pairs allows us to make successive inroads into the vocabulary. Moving from the term 'word' to the term 'lexical element' forces us into a more detailed investigation of phraseology. Detailed treatments of each of the ways of looking at 'vocabulary' are provided, in view of the ambiguity of the term 'vocabulary' (vocabulary in its relation to a natural language vs. vocabulary in its relation to an individual [mental lexicon] vs. vocabulary in its relation to grammar [lexicon]). Similarly, synchronic and diachronic points of view are taken into account, in order to be able to arrive at an adequate description of the underlying dynamics of the vocabulary of natural languages. In conclusion the present state of lexicology made it necessary to deal thoroughly with questions about the discipline, its methodology and its links with related disciplines. Key features: International handbook series Two volumes offering the current state of research Fundamental and theoretical approaches of the discipline. Seller Inventory # APC9783110113082

Shipping: US$ 3.74
From United Kingdom to U.S.A.
Destination, rates & speeds