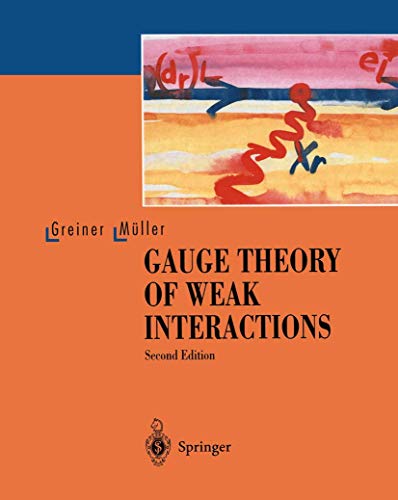 Gauge Theory of Weak Interactions treats the unification of electromagnetic and weak interactions and considers related phenomena. First, the Fermi theory of beta decay is presented, followed by a discussion of parity violation, clarifying the importance of symmetries. Then the concept of a spontaneously broken gauge theory is introduced, and all necessary mathematical tools are carefully developed. The "standard model" of unified electroweak interactions is thoroughly discussed including current developments. The final chapter contains an introduction to unified theories of strong and electroweak interactions. Numerous solved examples and problems make this volume uniquely suited as a text for an advanced course. This second edition has been corrected and is presented in a new cover and format.