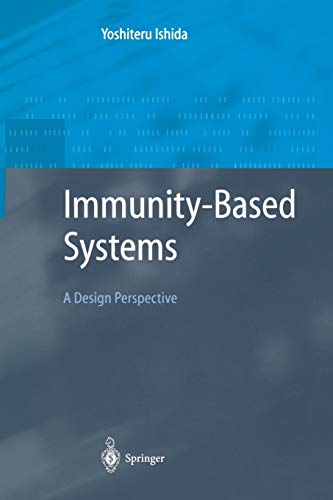 Shipping: US$ 17.75
From United Kingdom to U.S.A.
Destination, rates & speeds

Book Description Springer-Verlag Berlin and Heidelberg GmbH & Co. KG, Germany, 2010. Paperback. Condition: New. Language: English. Brand new Book. After I came to know Jerne's network theory on the immune system, I became fascinated with the immune system as an information system. The main pro totypes for biological information systems have been the neural systems and the brain. However, the immune system is not only an interesting informa tion system but it may provide a design paradigm for artificial information systems. With such a consideration, I initiated a project titled "autonomous decentralized recognition mechanism of the immune network and its applica tion to distributed information processing" in 1990 under a Grant-in-Aid for Scientific Research on a Priority Area ("Autonomous Distributed Systems") supported by the Ministry of Education, Science, and Culture. During the project, I promoted the idea that the immune system could be a prototype of autonomous distributed systems. After the project, we organized an international workshop on immunity based systems in 1996 in conjunction with the International Conference on Multi-Agent Systems held in Kyoto, Japan. Recently, there have been several international conferences related to topics inspired by the immune system and an increasing number of research papers related to the topic. In writing this book, a decade after the project, I still believe that the immune system can be a prototype, a compact but sophisticated system that nature has shown us for building artificial information systems in this network age of the twenty-first century. Softcover reprint of the original 1st ed. 2004. Seller Inventory # AAV9783642056611