Items related to A Tale of Two Continents: Maoism, Revolution and Guerrilla... 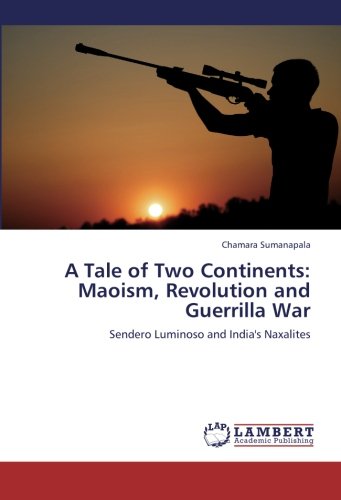 A revolutionary movement inspired by the teachings of Chairman Mao, Sendero Luminoso (Shining Path) was one of the world’s most feared terrorist organizations. It started its guerrilla war in 1980 hoping to topple the Peruvian government and transform its society. It came fearfully close to doing so but was defeated by the relentless counterinsurgency campaign of President Fujimori. The Naxalites of India started their armed campaign way back in 1967. They shared a similar ideological background with Sendero Luminoso; their aims too were similar. Defeated in a few years, they have since reinvented themselves as a much more potent fighting force. What patterns and similarities helped similar groups develop in two continents? Were there any clear differences in these groups? How were they combated? Can the defeat of the Sendero Luminoso be a lesson for India’s war against the Naxalites? This book attempts to make a comparative study of the two groups and find answers to the above questions. It argues that while Sendero Luminoso collapsed after its leader was captured, the Naxalites can not be defeated merely by eliminating its top leadership.

Chamara Prasanna Sumanapala received his BSc. (Chem. Sp) in 2009 from University of Colombo, Sri Lanka. In 2012 he completed his Post Graduate Diploma in International Relations from Bandaranaike Center for International Studies (BCIS), Colombo. His interests include history, politics and literature.